Kevin “Stick” Bye is Elton John’s long time LD and work on many of Elton’s tours. Kevin have put his Rock and roll background in his lighting design for Elton John’s shows. Kevin have taken the time to talk about how he get started to work with lighting, how it is to work with the music legend Elton John and about his dreams of the future. 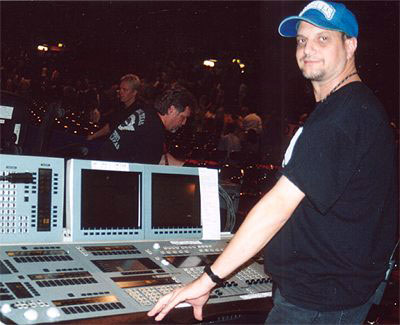 Kevin, where do you come from?
“I was born in Los Angeles, California. But I grew up in and around New Orleans, La., so I call New Orleans home. It is where my heart is.”

How did you get in the lighting business?
“I lost a bet!! Well OK, I actually was working as a DJ years ago. I had a club gig and a radio show. While spinning in the club, I did not have the luxury of a guy to run the lights, so I had to do it myself while mixing. But I was partying so much that I knew that I had to move into another line of work. I started doing local stagehand work for a couple of years to gain some experience, then I went to work for Vari*Lite back when it was an innovative and cool company to work for. I went in as a low level technician and worked my way up to programmer.”

What have you worked within the lighting business?
“Wow, thinking back, my first gig was with New Kids on the Block. I stayed with them for a while, then did Rush, Guns and Roses, Poison, G n R/ Metallica, then on to Kenny G, Michael Bolton, on which I met a very dear friend, Yves Acouin, who has been designing Celine Dion for years, Luther Vandross. Man, I have to think about this, cause I went from boy band to metal to light pop. What the hell????!!! In between touring I did a bit of TV and a LOT of corporate industrial gigs, which I really enjoy. I have been blessed to work with a lot of talented people.”

How is it to work with Elton John, and to take care of the lighting for his shows today?
“I have such a great time working with him, because he has a short list of things he doesn’t like,(lights in his eyes, being left in the dark) and beyond that, I get to do what I want. We actually don’t talk to each other that much, although sometimes he will ask me to do something specific with a particular song.” 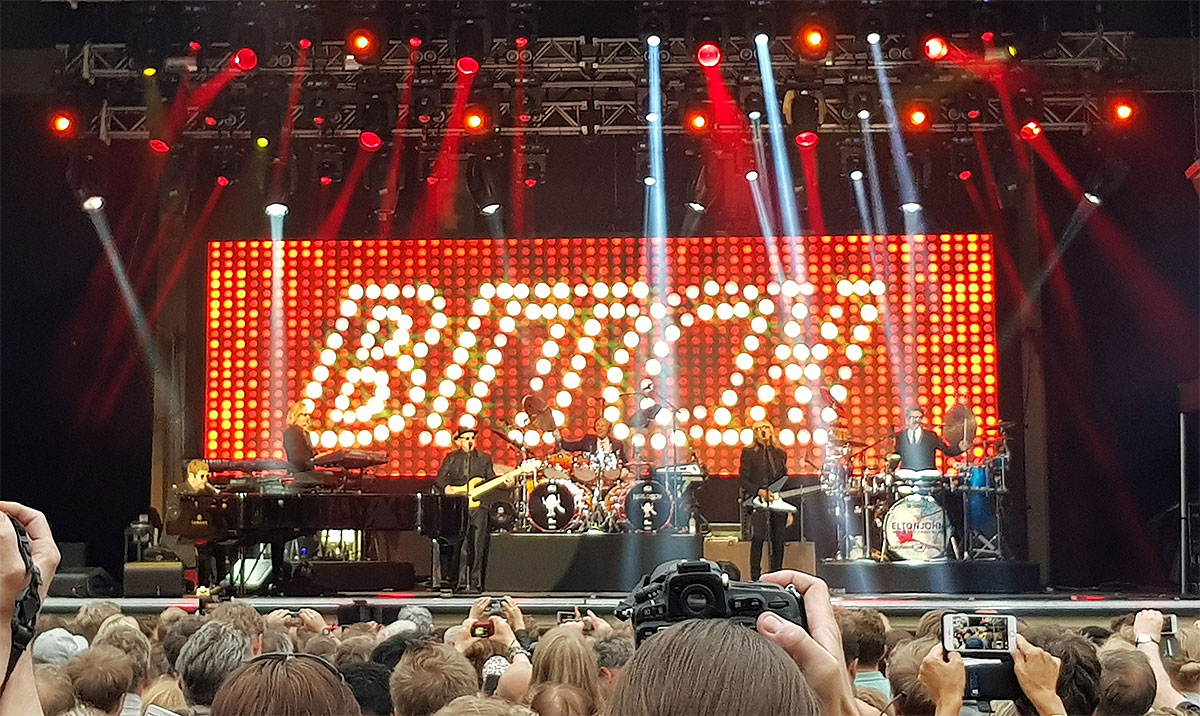 What kind of lighting design do you use for Elton Johns concerts?
“Elton’s touring shows don’t have a lot of set and scenic to light, so I’m using the old method of painting the air with something visually interesting. I am a big fan of beams and graphic looks pointed out in the audience.”
“I am just an old school rock and roll-type designer, so I use adaptations of different designs that have stuck with me through the years. I have been fortunate in that I have worked for some of the best LDs in the business, and therefore, learned from the best about what works and what doesn’t.”
“I was in the right place at the right time, because the original designers, Steve Cohen and Robert Cochran, entrusted me with carrying on their concept of the show. I took their original vision, added my own signature looks, and went from there. I guess it works. I have been with Elton John since 1999.” 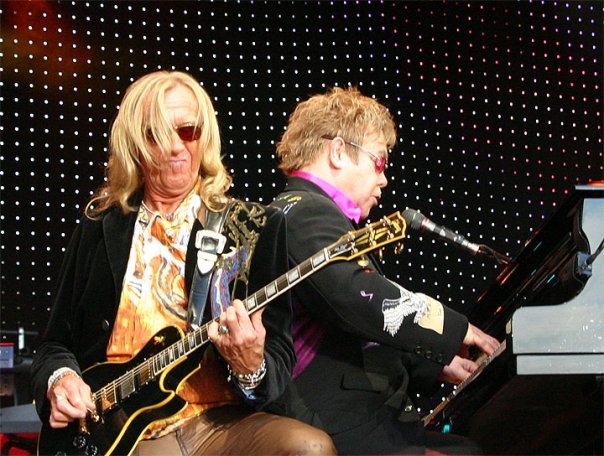 Can you tell about Elton Johns Red Piano show in Las Vegas.
“The Red Piano show is designed and conceived by the amazing photographer David LaChapelle . It is a very visual show, leaning heavily toward LaChapelles’ stunning film work, which is projected on the largest Hi-Res video wall in North America. Approx. 40 ft. high X 90 ft. wide. The stage itself is huge, about 110 ft. wide and 85 ft. from upstage to downstage, which we fill with inflatable set pieces and neon. It is a total departure from the touring show and can only be seen in Vegas.”

Was it hard to share the same stage with Celine Dion at The Colosseum in Caesars Palace?
“Not at all. As I said, Celine’s designer, Yves Aucoin is a very dear friend of mine and absolutely the best at what he does. We were able to bring him in as a consultant, and the result is a very easy changeover between the two shows. A one day load in.”
“Yves’ show is very theatrical and beautiful, while mine is more Rock and Roll in-your-face. I just re-trim his magnificent rig for a more tiered, aggressive look. What can I say? It seems to work.” 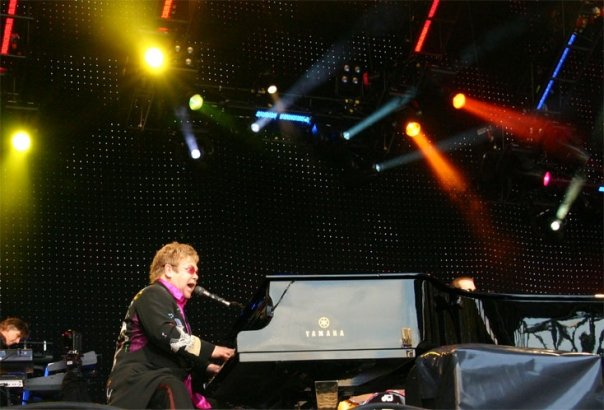 Are there any people in the lighting world that you look up to?
“More than I can list here. Yves Aucoin and Steve Cohen, of course. Patrick Woodruff, Roy Bennett is a personal favourite, Willie Williams. Andy Watson. And a great friend of mine who co-designed the last Elton tour, who now has a co-design credit on Aerosmith, Benny Kirkham.”

Any dreams for the future?
“I hope that I am heathy enough to do this for many more years. I would love to collaborate with Yves and Benny again. I just hope that I can do what I’ve always loved, lighting shows of any kind! Or maybe just open a club so I can be the house DJ!”