The ‘Summer of Love’ tent hosted headline act DJ David Morales and featured sets from Jocelyn Brown, Angie Brown, Rozalla and Prok & Fitch. Providing the venue with a series of intense lighting looks was lighting designer Paul de Villiers who worked closely with Dean Parker of Wilde Ones Event Services who supplied and managed the event.

“We have worked with Dean and Wilde Ones on Brighton Pride for the past two years,” says De Villiers. “The concept this year for the Wild Fruit tent was to ‘go wide’. In the past, the tent’s performance area was end-on, but this year we went broader and located the stage side-on.”

To create the ‘wild fruit’ dance look, De Villiers used self-climbing truss goalposts toward the back of the stage framing a 12mx 4m, 6mm LED wall, supplied by Video Illusions, that displayed outlandish club visuals complete with custom logos and Pride sponsor footage dropped in over the top.

“We ran LED across the front of the DJ riser, creating a frame for the booth using lighting and truss,” says De Villiers. “We then ran more LED screen down the two framing truss towers and had moving head beams and lasers on four truss uprights, two either side of the stage.”

To supply the Wild Fruit tent De Villiers worked with long-term acquaintance, Wingnut, of rental and production outfit WingnuT Production Lighting Ltd, who supplied the majority of the lighting elements with some extra fixtures and rigging coming from Panalux Broadcast and Event who supplied the Main Stage.

“For Wild Fruit we ran the Tiger Touch II using Avolites’ latest Titan 10.1 software,” says Wingnut. “The majority of the show was controlled live, so we used Titan’s advanced features such as tap tempo on chase memories and size and speed masters in order to create quick, high-impact lighting effects.” 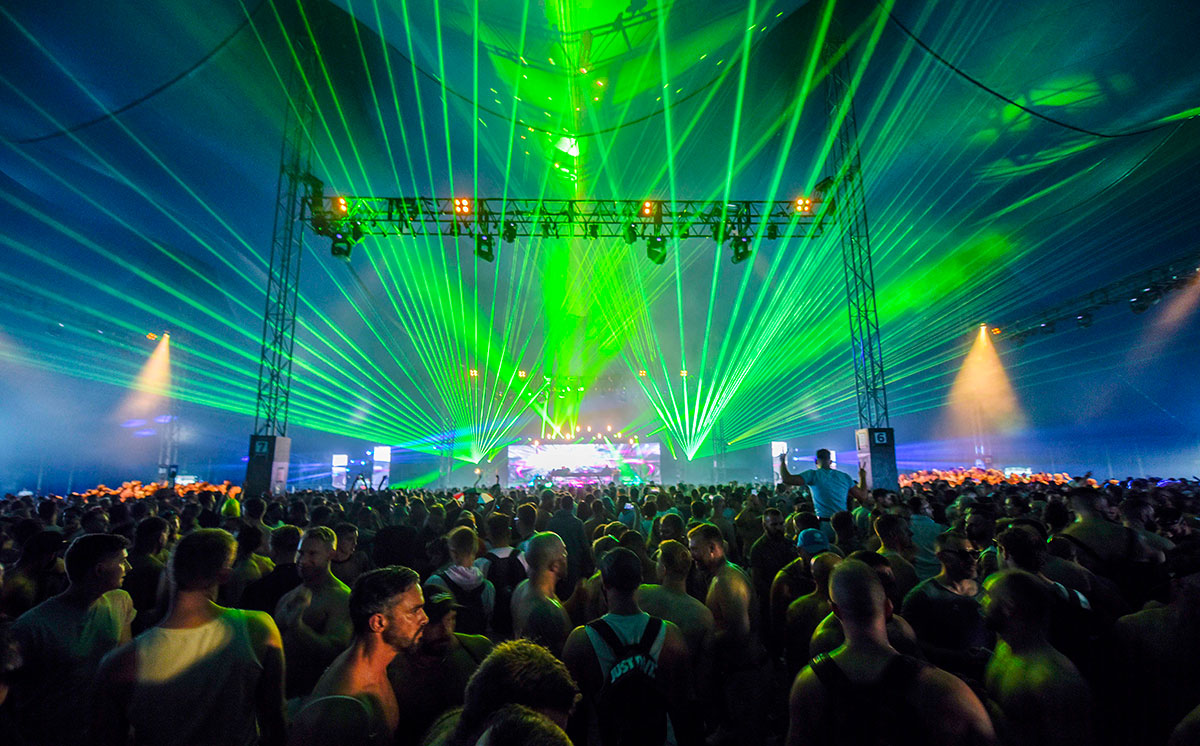 Titan’s Speed and Size Masters allow designers and operators to control the size and speed of shapes created within Titan’s Key Frame Shape engine. The effects can be linked to one of the desk’s faders so that live control is accessible, fluid and fast.

“The Tiger Touch II desk is very intuitive when it comes to programming and operating,” says Wingnut. “Not only in regards to the software, but the hardware of the console is adaptable and easy to expand with Titan Mobile Wing.”

The Titan Mobile Wing gives access to a designer and/or operator’s most used items. The wing holds 30 user programmable Executors for control or selection of Cues, Lists, Palettes, Groups or Macros, making it a great live control option.

Speaking of the support from Avolites at the Pride event, De Villiers says, “We have had amazing support from the Avolites team and cannot fault their unfailing encouragement. They produce great desks and Titan just keeps getting better and better with every release – thanks guys!”

Brighton Pride took place from 4-6 of August. The UK’s largest Pride festival, it is described by the Guardian as ‘the country’s most popular LGBT event’. The festival took place across the city of Brighton with the main site in Brighton’s Preston Park.