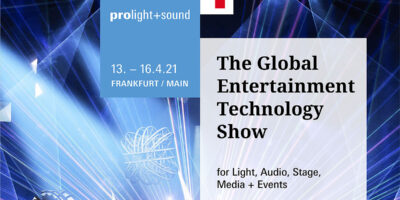 The full audio set-up – owned by FOH engineer Gustav Brunn – is used for both FOH and Mon duties and features a dLive C1500 surface fitted with a Waves 3 card at FOH position in conjunction with a CDM32 MixRack, fitted with a Dante card, and an IP6 Controller at stage position.

Brunn comments, “I was looking for a fly-in rig that we can take anywhere in the world when A&H released the new dLive series. It’s such a competent rig and really suits my needs – I can bring it with me anywhere on the planet!”

On stage, a DJ performs alongside the artists using Ableton Live with the outputs sent to the CDM32 via Dante. The IP6 is used to allow the production / stage manager to make quick adjustments to the monitor mix, DJ mix and musicians IEM’s.

Brunn adds, “This summer I went back and forth between several tours with DANTE and MADI card and I love the flexibility of I/O with all the option cards. Real estate-wise it’s tiny, but inside it’s a total chateau!”

Brunn also makes full use of dLive’s built-in EQ, FX, and DEEP preamps and compressors, commenting “Everything from patching to changing the order of EQ and compression is easily accessible and easy to understand – there’s really nothing that I can’t do with this mixer!”

Yung Lean became widely known when the music video for his track ”Ginseng Strip 2002” went viral, exceeding 2 million views on YouTube. The recent event follows his new single ‘Poison Ivy’ and featured a night of music, art and various other Swedish artists such as Bladee, ECCO2K and Thaiboy digital.