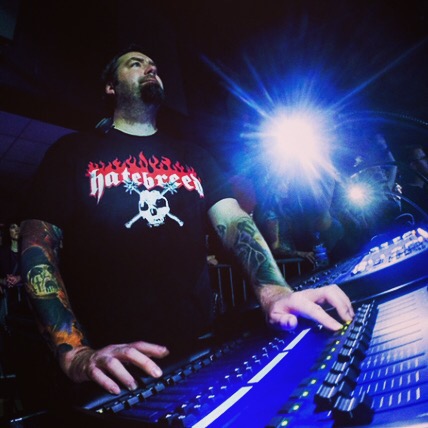 Niels “Niller” Bjerregaard lives in Aarhus in Denmark and is 43 years old. Niller have been in the music industry for 27 Years. He have worked for Danish metal band Volbeat since 2008. Other band Niller worked with is King Diamond, Candlemass, HammerFall, Pretty Maids, MLTR and many Danish Clients / Theater and Festivals. He also worked in rental companies Gøgler Lys and Martin Rental Denmark.

When did you become interested in the lighting?
“I was at a concert in 1986 with a friend and was blown away by the lights. First time I ever saw moving lights and gobos, as I recall, it was golden.”

How did you get your start in the lighting industry?
“I was still in school and needed a afternoon job. My uncle saw an advert in the newspaper from a record company “Genlyd”. They needed a young kid to help out afternoons. So I worked there after school for 2 years and learned a lot about music and the industry. Attended a lot of concerts and festivals.”
“After that I landed a gig at a nightclub “Vestergade 58” doing lights in the weekends. They had a small par can rig and a analogue light board. I got familiar with gels and par can focus and by doing lights to all sorts of different style, I learned a lot about music. I got my first real tour as an LD in 1991. In 1995 I started working at Martin Rental Denmark (Martin Professional) where I got familiar with moving lights and larger shows.” 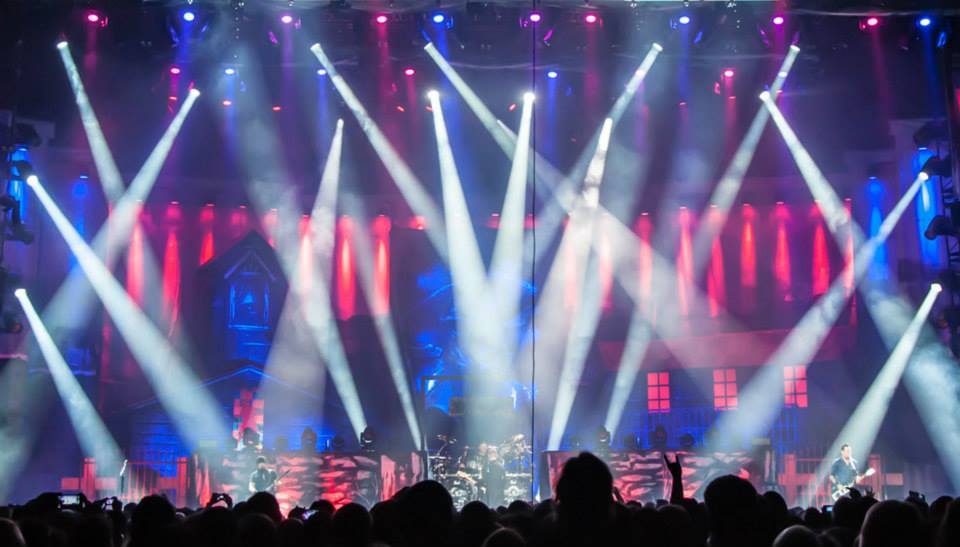 How did you come into contact with Volbeat and start to work with them?
“Mads Mikkelsen “Volbeat Sound Guy” who I knew from the Danish Metal Scene came out to a Metal show I did in Aarhus, and after the show we went out for a beer and talked about work, as Volbeat was looking for a LD. The first gig I did with Volbeat was at a Danish festival “Skanderborg Festival” a headline show Friday night and the show was a try out. After that I joined Volbeat for a 4 week Europe Club tour. We did not bring any production other than a backdrop so we used the house rig and got the best out of it every night.”

How do you work with lighting design for a Volbeat concert?
“The process of a Light/Set design for Volbeat is long. When Volbeat starts working on a new album I have a lot of discussions with Michael Poulsen about the songs, Album cover, colors and the different stories in the songs. I then come up with different suggestions on stage design and themes.”
“I use to work with Martin Show Designer for 3D visual design, but I recently started using Wyg instead, I found it easier as almost every Festivals/LD send there plots out in Wyg file.”
“Once we agree on a Stage design and theme I start looking into that lights I need for the overall design. Moving Lights – Strobes – Blinders – Follow spots – Pyro – Moving trusses.” 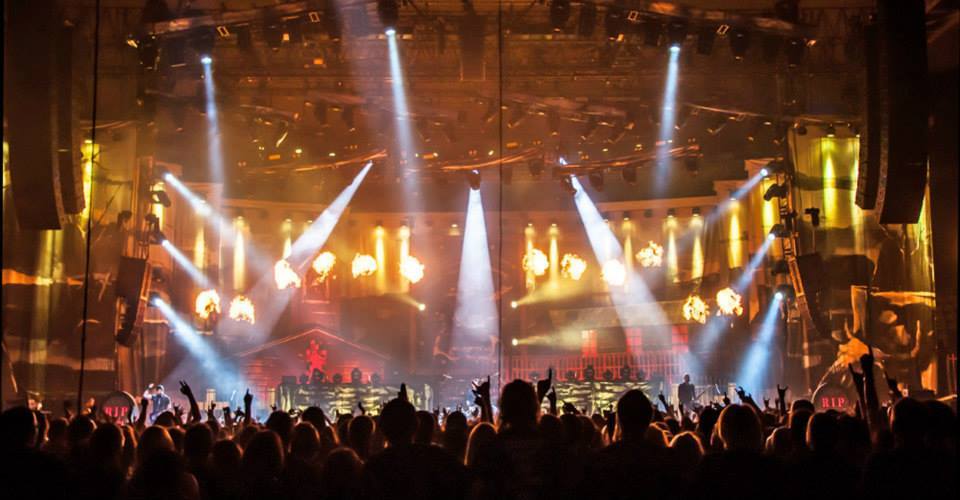 Do you run the lighting live or with timecode?
“Volbeat is a old fashion Rock´n Roll band, that want to play there set list as they see fit, without being locked to a cue list or music code. So we normally pick 5 songs that they can’t change on the set list as they contain Pyro or Kabuki or other effects cue’s. The rest of the set list is free and can be moved around as they like. That means that I run the show manually festival style with a lots of cue list’s and specials open on the board. It can be a challenge as we on the arena shows bring around 200 fixtures”. 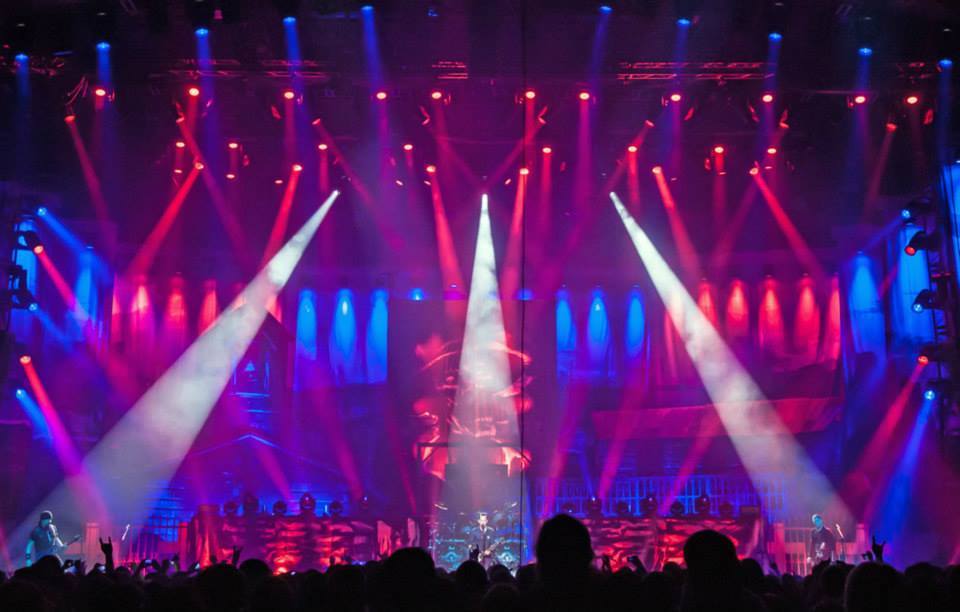 When did you start using ChamSys MagicQ lighting console?
“I started using Chamsys MQ100 6 years ago. I use to run lights on Avolite Pearl and Hog 2. So the switch to Chamsys was natural as it reminds me of those 2 desks in one, but better. I needed cue stacks and pixel mapping and a powerful effect engine, so I hade to change any way and a friend recommended Chamsys to me.”
“It’s very good at cloning and morphing, so trying into a festival rig with a preprogrammed show is easy once you got the hang of it. The desk have a powerful effect engine, so programming your specials are easy. It’s very good at pixel mapping fixtures, generic and LED fixtures. It also works great with media servers and LED Screens.”

Do you have any favourite lighting fixtures?
“My favourite lamp right now is the VL3015 LT. Its very powerful in output and very stabile. During the summer 2014 I had them with me as my floor pack and I never had any problems with them. They move and change colors beautiful and have a zoom from 4.5 degrees to 50 degrees, powerful gobos and prisms. I also used GLP X4 LED moving light and SGM X5 LED Strobe. I’m also looking forward to use the new Clay Parky Mythos.” 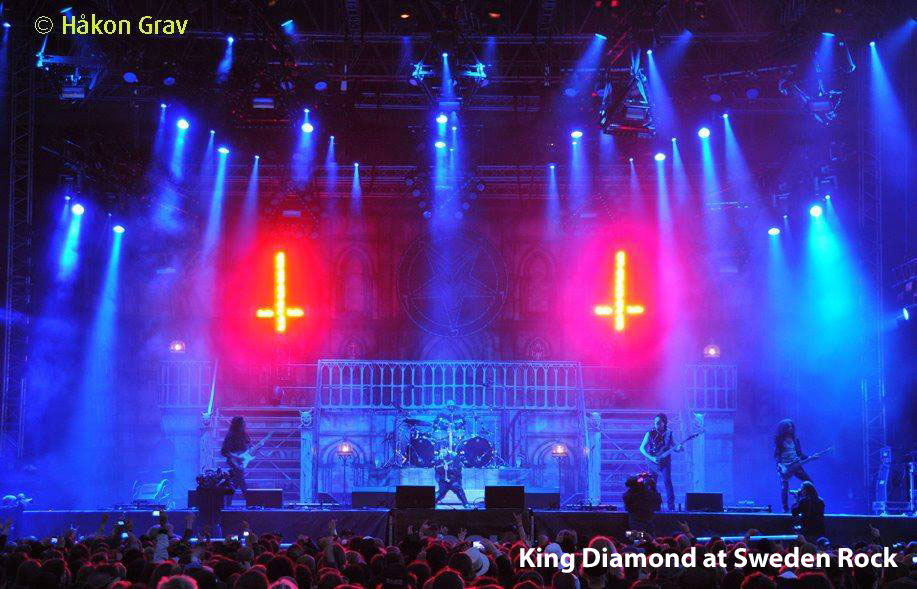 What the plans for the near future?
“Right now I’m designing the show for our USA/CAN tour 2015. We are playing arenas size shows and are scheduled for 25 shows in the US and Canada starting 22 April and runs 6 weeks.”
” I’m also designing for our only Show in Europe in 2015, it’s in Denmark “Odense” 1 August. Its going to be a big outdoor show for 35.000 people, Big Production with lots of lights – Pyro – Specials.”
” I’m starting to look into our new production for 2016 as Volbeat are going into the studio and make a new album. So it looks like an exciting year.”