The National Centre for the Performing Arts, one of China’s most prestigious and architecturally striking performance complexes, has invested in a large number of Claypaky’s latest award-winning LED HCR wash light, the Claypaky K-EYE K20, along with the another of the brand’s award-winning fixtures, the Claypaky Scenius Profile, as part of a major upgrade to the lighting rigs in its theatre and opera halls.

Known locally as the National Grand Theatre, The National Centre for the Performing Arts is located in Beijing, covering an area of 30,000m2 close to Tiananmen Square. The ellipsoidal venue’s domed exterior of titanium and glass (which has earned it the nickname ‘The Giant Egg’) houses four bespoke, world-class auditoriums – the Theatre, Opera House, Concert Hall and another multi-functional theatre space.

“The National Centre for the Performing Arts needed to update its lighting rig as the equipment that was in use was over ten years old,” says Zhang Wei, manager of the Beijing lighting department of A.C.E, Claypaky’s official distribution partner in China, which made the sale. “As the fixtures were mainly to be used in the venue’s performance halls, the venue’s technical team had very specific requirements.” 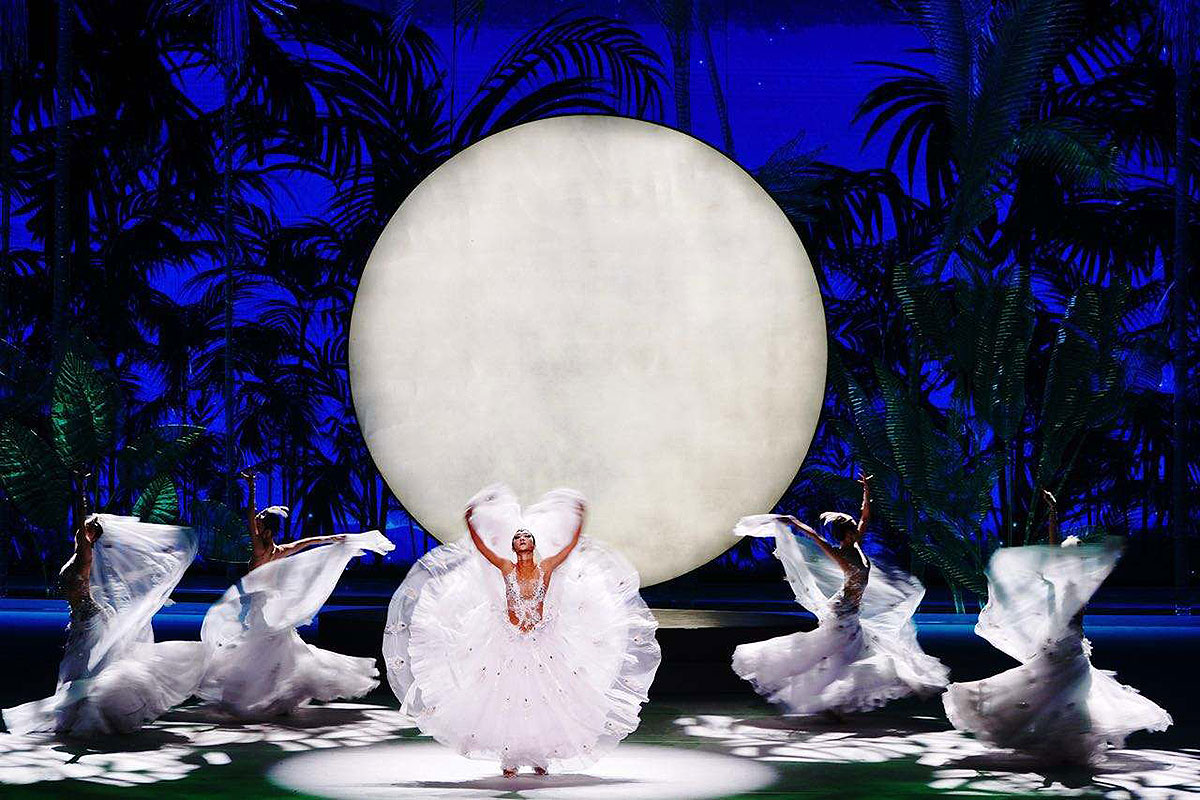 With such a significant investment, it was essential that the fixtures could offer the technical team a superior colour output in this critical theatrical setting. The high CRI and CTO correction of the LED-based K-EYE K20 HCR meant the venue was able to use the low-power LED wash fixture in much the same way as they would a conventional tungsten wash light.

The K-EYE K20 HCR is the latest fixture to be released by the leading Italian brand. It features six LED chips – Red, Green, Blue, Amber, Cyan and Lime – to produce not only a wide range of colours and shades but a very high quality white light. The fixture features a typical CRI value of more than 97.

“The National Grand Theatre is a long-term client of A.C.E,” says Mr Wei. “In making the sale to our client, we knew Claypaky products to be reliable and high-quality fixtures. The new K-EYE HCR has an intelligent colour system, with a lot of new, in-built knowledge, so is great in a theatrical application.”

The award-winning Scenius Profile is Claypaky’s top-of-the-range beam shaper. The fixture’s high output comes from a 1400W OSRAM discharge lamp and is shaped by a framing system operating on four focal planes with a rotation of 90°.

The Scenius Profile has made appearances on several of the National Grand Theatre’s large-scale theatrical productions. As well as Millennium Road, the fixture has appeared on Along the Jinsha River, lit by lighting designer Hu Yaohui. The performance was staged to mark the 90th anniversary of the founding of the People’s Liberation Army.