Philips Lighting, the world leader in lighting, today announced that it has worked closely with Opera Sanxay to introduce the first-ever moving light rig for the celebrated Soirées Lyrique de Sanxay opera festival, staged from 10-14 August. The use of the latest stage lighting and control technology successfully enabled a new level of dynamic design possibilities for this highly respected outdoor spectacle.

“The lighting package allowed a new dynamic in the narrative to be explored,” says Cavina. “I was impressed by the richness of the color and effects and the accuracy of the stored positions of the moving lights. The water and fire effects were particularly satisfying. And NEO’s multi-user capability meant that looks could be achieved and stored quickly.” 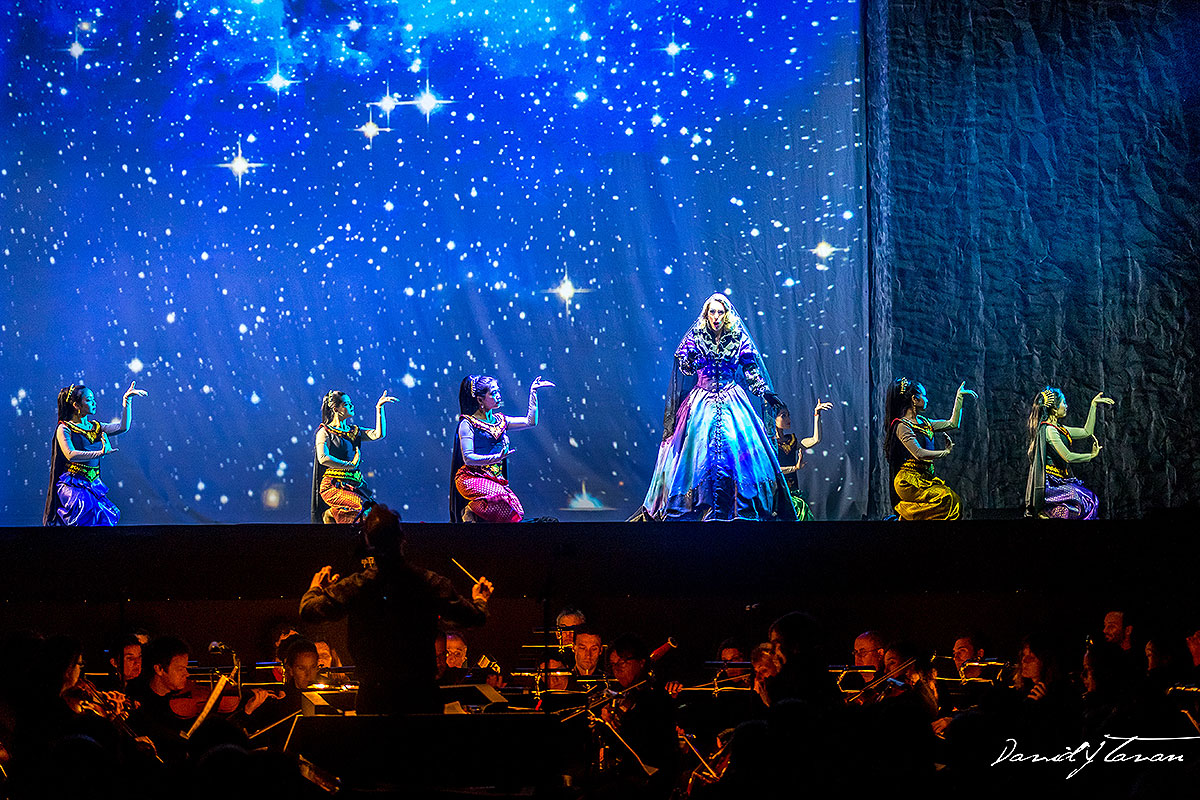 Further design options were presented by another motorized fixture in the rig, the Philips SL Bar 720 ZT, which Cavina used to line the octagonal, overhead centerpiece of Keiko Shiraishi’s set design. The color-changing, tilting bars brought an important additional movement to the automated set-piece, as well as giving Cavina further possibilities for lighting both the set and performers.

Overall, Cavina found much to praise in the performance, versatility and reliability of the Philips Entertainment Lighting fixtures. He says, “Considering the difficulties posed by the weather, I was also pleased to be able to experience the quality of the moving lights. Some of the fixtures we used are not normally used in lyrical production, but at Sanxay our experience with these has been hugely positive.”

Mathieu Blugeon, president of the Soirées Lyrique de Sanxay, was thrilled with the result of the partnership with Philips Lighting. He says, “The feedback from the technical team and audience was extremely positive and enthusiastic. The show took on a new dimension thanks to these incredible lighting fixtures and the Philips Strand Neo control console. This gave a real added value to the festival.”

He adds, “I would like to highlight Bobby and Gregg for their skills, kindness and expertise. They were particularly appreciated by our entire team and the festival’s leaders. It was so important for us to have the support of such knowledgeable personnel to help with the adoption of new technology in this setting. Now I have just one wish: to keep Philips Lighting as our partner!”

Colin Kavanagh, General Manager of Philips Entertainment Lighting said: “Bringing the benefits of our stage lighting technology to such a prestigious and unique event has been a real pleasure. Mathieu Blugeon and his creative team have allowed us to demonstrate how the tools and technologies that we are developing can bring real creative and practical advantages to lighting professionals in the most demanding settings.”