The band’s long-time lighting designer, Jeff Maker, is armed with an Avolites Sapphire Touch console networked with a bank of media servers for complete lighting and video control.

“I’m obsessed with getting things perfect – I needed to programme a punchy and exacting lighting design that worked with the video wall for maximum impact,” says Maker, who collaborated with the band and video content creator Oliver Hutchinson to achieve a slick, solid and synchronised show aimed squarely at enhancing audience experience.

For the tour’s recent UK leg ZigZag Lighting supplied Maker with the Sapphire Touch. The LD is a big fan of the console’s “super-sensitive touch screens” and the plethora of powerful, time-saving features of the Titan interface, all of which keep him a regular user of the desk.

“As an LD, you’re always up against it for programming time, so any short cut or feature that simplifies your life is welcome,” says Maker. “The easiest example is that having a screen sensitive enough to not have to be pressed twice just saves precious time. But there are plenty more.

“For instance, the automatic faders on the Sapphire are amazing. I’ve been using the Set List feature a lot for my pre-programming, and I love how it can jump to any page once the song is triggered on the set list – it just updates automatically on the console. Equally, the Shape Generator is amazing, Pixel Mapper is fun to use and is effective on every product you can think of.” 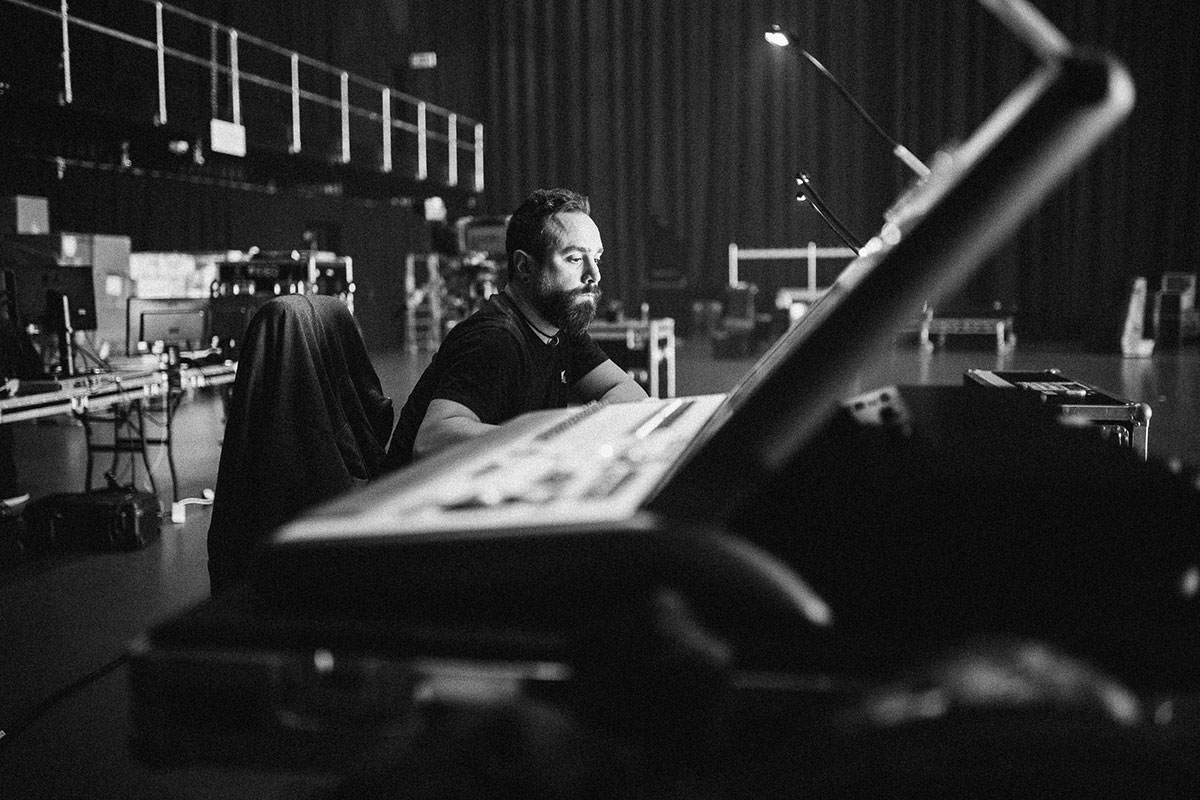 “Timecoding on the Sapphire is great, it communicates well no matter which server we’re using,” says Maker. “For the video content, the timecode would be running off the click-track on stage. If they stop the click-track, it’ll freeze, and if they decide to go to a different song it will automatically change. Our content had an intensity setting too, so if they stopped a song for too long, then it would go down. Once the next song would trigger, the intensity fader would automatically go to 100% and I would ride that depending on the environment. It all has to talk to each other perfectly, and it did.”