2017 marked the 10th anniversary of prestigious lighting and video design awards event, the Knight of Illumination (KOI) Awards. This year, British lighting console and media server manufacturer Avolites was proud to have sponsored the much-coveted Concert Touring and Event Award for Stage.

Shortlisted for the Avolites Award for Stage were lighting designers Paul Normandale, of Lite Alt Design, for The Chemical Brothers at the Eventim Apollo London, Michael Straun for The xx on the I See You tour 2017 at Manchester’s O2 Apollo, and Steven Bewley for Stormzy’s Gang Signs and Prayer tour at Brixton O2 Academy.

This year the Award was won by Michael Straun for his work on The xx, I See You tour. The KOI judges declared Straun’s design as a “bold and artistic statement, with automated mirrors and beautiful washes of colour creating mesmerising visual effects in lieu of video content. A perfect conversion between music and lighting.”

“I am sure it was a tough decision for the judges having Paul Normandale, Steve Bewley and Michael’s work to choose from but the best man won,” says Koy Neminathan, Sales Director for Avolites. “Even Mr Bewley, who sat next to me during the evening, said Michael’s show was ‘definitely a worthy winner’. We have known Michael since he started in lighting and it was fantastic to see him win this award. To achieve that at such a young age illustrates his talent and we can’t wait to have that celebratory drink with him when he pops into Avolites soon.” 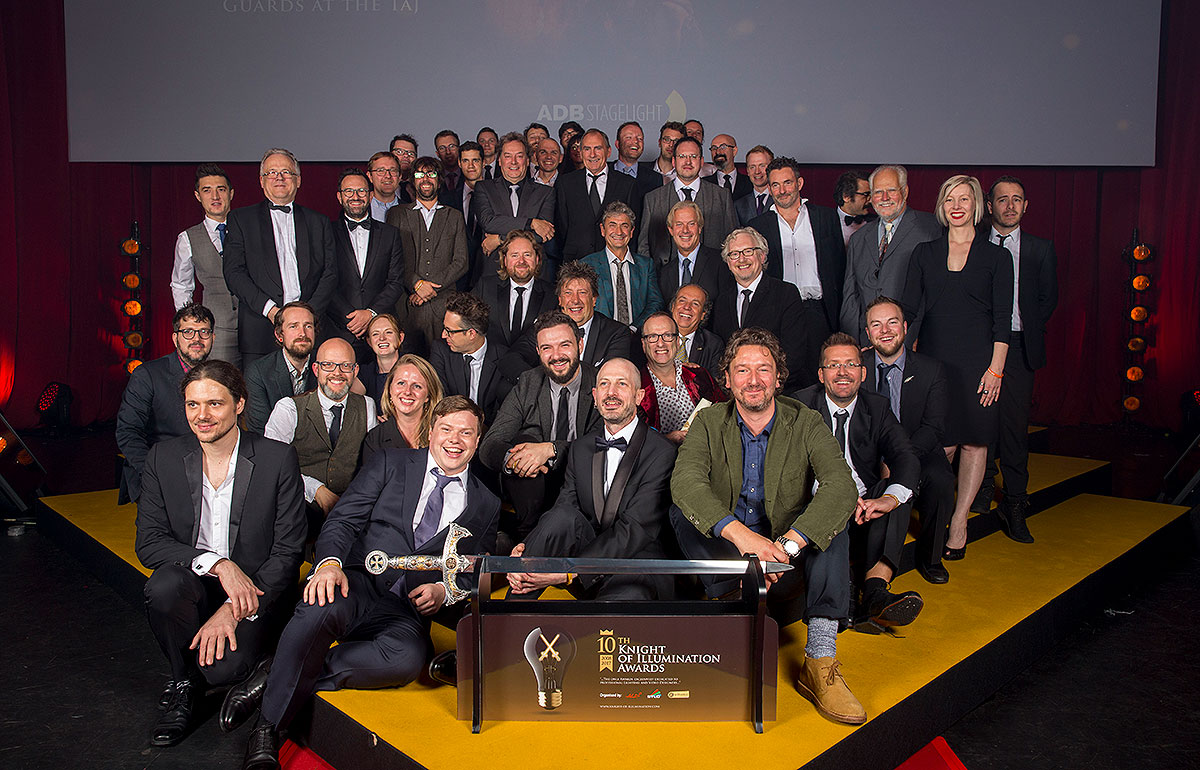 Also winning on the night were Mark Calvert, Liam Tomaszewski, Dave Green and Ross Chapel of Realtime Environment Systems (RES), who collected the D3 Technologies Award for Video Graphic Display. The team won the award for their stand out video design for the Eric Prydz: EPIC 5.0 tour.

“The Eric Prydz team is delighted to be recognised by the KOI for our work with the EPIC 5.0 show,” says Calvert. “We are tremendously grateful to the entire KOI Awards judges, management, organisational teams and the sponsors for their commitment to acknowledge great design and originality. EPIC video playback is powered by Avolites Ai Media Servers for which we thank Trey, Ciaran, Arran, Steve, Ric, Meena, JB and Koy for their continued vision and commitment to ground-breaking technology.”

The Knight of Illumination Awards took place at the Eventim Apollo in Hammersmith London, on 17 September. The Awards celebrates the outstanding achievements of lighting and video designers whose work is showcased in the UK. The night was praised as a huge success, with manufacturers, rental houses and designers from across the sector coming together to celebrate the talent within the entertainment technology industry.

“We have attended every KOI awards since the beginning and we have enjoyed meeting designers current and new,” says Neminathan. “The event has always offered us the opportunity to network with a large number of talented individuals and professional companies. We are excited to have sponsored an appropriate award this year and would like to extend huge congratulations to all of the winners.”