Spanning four days in July with acts across four themed stages, TimeShift hosted over 100 electronic and alternative musical artists, including Faithless, DJ Snake, Orbital and David Guetta. Each of the festival’s stages – the Mainstage, Kristal by Ahead Stage, Control Stage and the Black Rhino/TND Stage – was given its own unique aesthetic concept, realised through bespoke set designs, visual content and special effects.

The heart of Guetta’s set design consisted of four pieces of automated truss forming a large diamond shape. The truss was rigged with 24 Scenius Spot fixtures, which together provided the super-bright light outputs forming the ever-morphing backdrop.

Providing keylight from the sides of the Mainstage were 16 Claypaky B-EYE K20s. “We selected the K20s because of the fixture’s advanced versatility, beamshaper and CTO,” explains Gradisteanu. The award-winning LED hybrid Wash, Beam and FX light was rigged in two lines of four on either side of the stage interspersed with Claypaky Sharpys. By alternating the two fixtures, the TimeShift team created varying textures of light onstage, whilst ensuring that the artists performing remained visible. 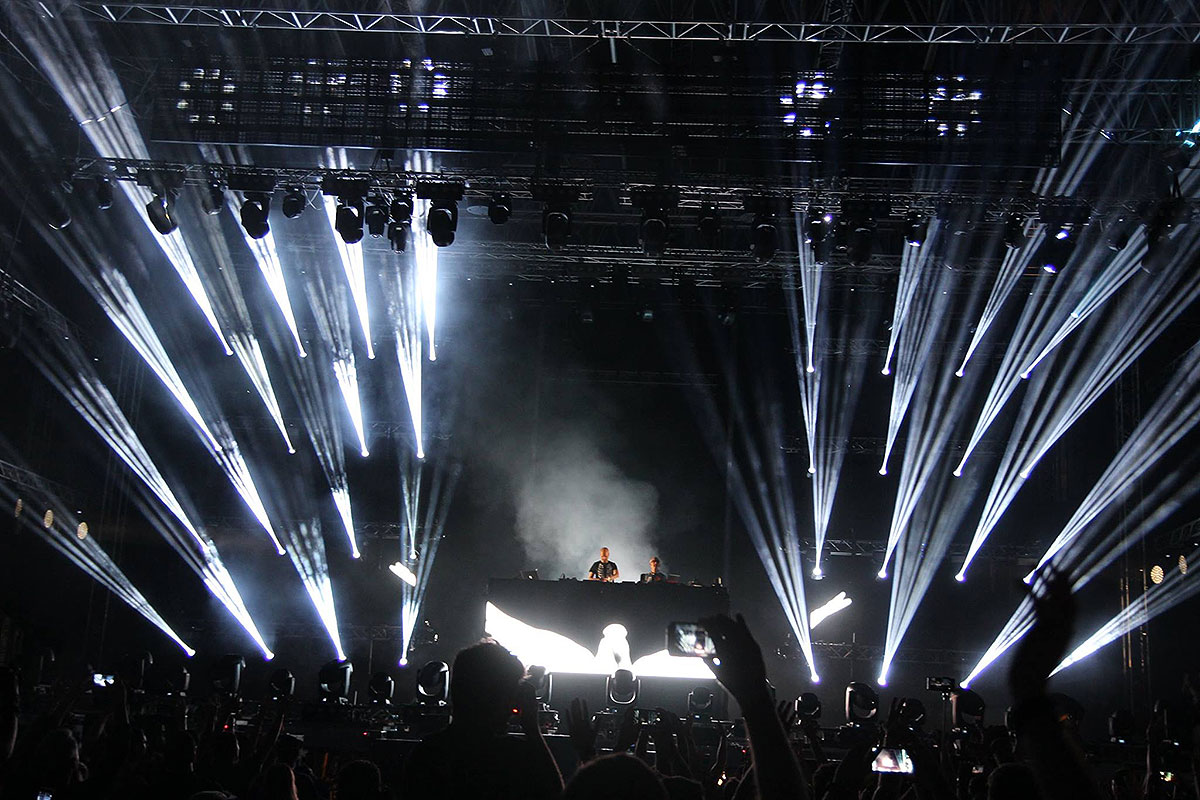 “The Sharpys are known as an industry standard in lightweight beam lights and are very popular fixtures in Romania due to their powerful, sharp beam and high output,” says Gradisteanu. “To create depth to the stage we positioned them across eight pieces of horizontal truss, split four either side.” The fixtures’ beams reached out into the audience to create a high-impact light show.

“Claypaky fixtures are very popular on the Romanian market and have been for the past 20 years,” continues Gradisteanu. “As the official Claypaky distributor in Romania, Marbo Trade is known to provide the latest in Claypaky products to the local market. Claypaky has been and remains a strong investment choice for any rental & production company in Romania.”

TimeShift Festival took place on 20-23 of July and showcased music from a variety of dance genres including EDM, techno, tech-house, trance, drum and bass, dubstep, indie-rock and alternative.