The Saturday-evening concert by Dionne Warwick and the New Philharmonic Orchestra Frankfurt marked the end of a week of music and events. 1,803 companies from 56 countries[1] launched their latest products during the five days of Musikmesse and Prolight + Sound.

Over 90,000 visitors from 152 countries[2] made their way to Frankfurt Fair and Exhibition Centre over the last five days – despite public-transport strikes and around 800 flight cancellations at the beginning of the fair. In common with previous years, some 20,000 visitors attended this year’s Musikmesse Festival concerts at 30 venues throughout Frankfurt. As expected, the reintroduction of days reserved for trade visitors resulted in a decline in the number of private visitors from Germany. On the other hand, there was a significant increase in the share of trade visitors (+10 percent) and more visitors from outside Germany, which resulted in a further increase in the level of exhibitor satisfaction (+7 percent).

“The positive echo from the exhibitors of the two fairs and the high visitor standard indicate that we are on the right track. The sector honoured the focus on business during the working days. Moreover, we sent out a positive signal for music and events with our multi-faceted music-education programme for young people and the successful Musikmesse Festival”, said Detlef Braun, Member of the Executive Board of Messe Frankfurt. “We aim to build on the strengths of the trade-fair duo in the future, too. Accordingly, we are setting course for a Musikmesse and Prolight + Sound in 2019, which focus even more on the wishes of our customers for an international meeting place for the music and event-technology sector and exploit synergistic effects between the event to the utmost.”

In line with this, Messe Frankfurt has announced that Musikmesse and Prolight + Sound 2019 will overlap fully on all days and move closer together spatially.

Musikmesse and Prolight + Sound generate impulses for the sector

Business, education and emotion: the complementary programme of events has been expanded continuously over recent years with the aim of providing greater added value for all target groups. And, this year, the programme was more varied and wide-ranging than ever before with over 1,000 events at the Exhibition Centre – from concerts and instrument workshops, via professional development programmes for retailers, event technicians and teachers, to music instruction for children.

Daniel Knöll, Managing Director Society Of Music Merchants – SOMM, takes a positive view of the proposed changes: “Musikmesse in Frankfurt is the most important European event and vital for the European musical-instrument sector. We are delighted that the fair is putting the focus on one of our main demands, the promotion of music education. Musikmesse is consistently and successfully pursuing a course of renewal and further development. We firmly believe that much that has already been implemented will have its optimal form at next year’s Musikmesse.”

Helge Leinemann, Chairman of the Board of the Professional Lighting & Sound Association of Germany (VPLT), emphasised the great importance of the trade-fair duo: “For our association, Prolight + Sound is the highlight on the calendar of events. Together with the broad spectrum of exhibitors, workshops, lectures and professional-development facilities, the international character of the fair makes Prolight + Sound a must for our members and an unrivalled networking platform. Our members were particularly interested in the job offers and working-time models. We are already looking forward to next year when Prolight + Sound is held parallel with Musikmesse.” 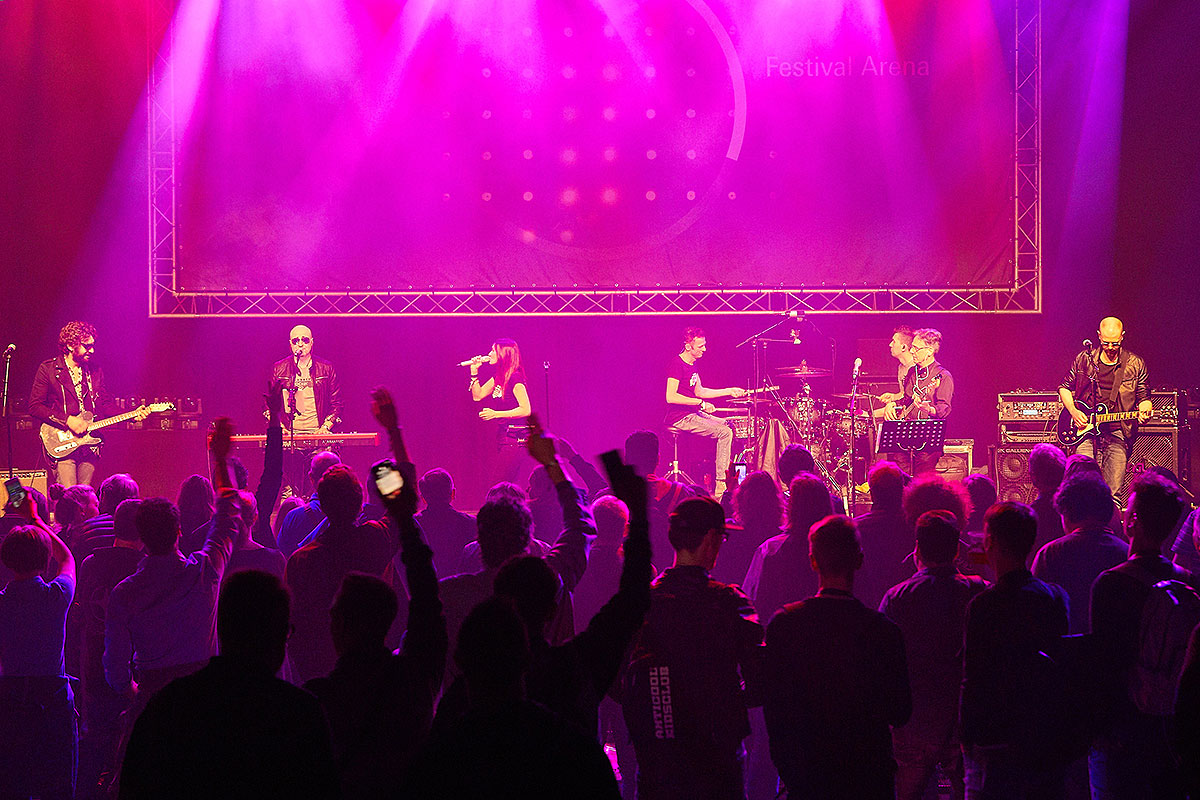 Musikmesse confirms its significance as a launching pad

The musical-instrument sector was to be seen in its multifarious entirety in the Musikmesse exhibition halls. Numerous companies used the fair to launch their latest products onto the international market. “The world debuts of our new products in the field of digital drums and pianos were highly successful and caused an international stir. The support provided by the trade and consumer press was first class. Moreover, Musikmesse continues to be extremely reliable in terms of trade-visitor internationality and we welcomed distributors and retailers from all around the world, including Asia, East Europe and Africa, to our exhibition stand. Only the absence of numerous German retailers clouded over the overall result a little”, said Marcel Messner, Head of Marketing, GEWA music GmbH. This was the first time for several years that the company had taken part in the fair with its premium brands, DW, Gretsch, Paiste and Remo.

Alex Bak, director / owner of Hiwatt Electronics Ltd, also said he was pleased with the results of the fair: “Hiwatt loves Musikmesse. We welcomed professional people from all around the world who want to distribute and promote our products as well musicians. We also had great media attention for our product launches.”

Prolight + Sound benefits from positive developments in the sector

The demand for events and entertainment continues unabated and the positive mood in the sector was reflected by the busy halls of Prolight + Sound. “Compared to last year, the number of visitors remained unchanged at a high level. We saw all our international retailers and made good contacts to users and decision makers”, said Rosi Marx, European Marketing Manager, ETC GmbH.

In addition to key players from the lighting, sound, stage and media-technology sectors, Prolight + Sound also provided presentation space for young, creative companies – among them Switzerland’s show-drone manufacturer, Verity Studios: “The number of visitors was very, very good, especially during our shows. And this means the result of the fair was also very good for us. Prolight + Sound is a super opportunity for us to draw attention to our products. It was great to speak to so many people from different countries and to hear their impressions”, said Christina Sagemüller, Head of Sales and Marketing, Verity Studios AG.

One of this year’s focal points was immersive technologies, such as 3D and spatial audio, holograph projection and 360° film, virtual and augmented reality. Held for the first time this year, the Immersive Technology Forum was given a warm reception by both visitors and exhibitors. Moreover, some companies took advantage of the potential of Prolight + Sound to give visitors a taste of their future-oriented products in fascinating demonstrations.

With its plans for the development of next year’s events, Messe Frankfurt will take account of the wishes of most exhibitors for the fairs to be held completely in parallel. Thus, the trade-fair duo will give visitors the opportunity to see the entire spectrum of products and services on all four days. Musikmesse and Prolight + Sound 2019 will open their doors from 2 to 5 April, i.e., from Tuesday to Friday.

The Musikmesse Festival will also enter a new phase and be held next year from Tuesday to Saturday, i.e., a day longer than at present. Additionally, the overall musical experience on Friday and Saturday will be supplemented by a completely new presentation area. “We want to continue offering music fans an attractive music and music-making programme on the Friday and Saturday. To this end, we will develop an event concept with thematic focal points, such as vintage, entertainment and lifestyle, in cooperation with our exhibitors, retailers and partners”, explained Michael Biwer, Group Show Director of the Entertainment, Media & Creative Industries Business Unit of Messe Frankfurt Exhibition GmbH.

Details of the plans for the trade-fair duo in 2019 will be announced shortly.

Further information about the events can be found on the internet at www.musikmesse.com and www.prolight-sound.com